Nika Ostoic is an alt model,aspiring actress, and columnist for Playboy Magazine. The reason she appears in two of David Arn’s music videos is that as any good actress, she has a wide range of characters. This was apparent when David first saw her do an amusing Matthew McConaughey impersonation.

Since doing the video, she has been written up in the Croatian newspapers. She has somewhat reluctantly started a fanpage on FaceBook. I would urge you to check it out and show your support.

Filip Dizdar is a young and multitalented video director and musician from Zadar, Croatia. Nominated for MTV European award as Best Adria Act 2014. People are sick of him because his songs always end up as number 1 on MTV Adria. Crazy cat person. 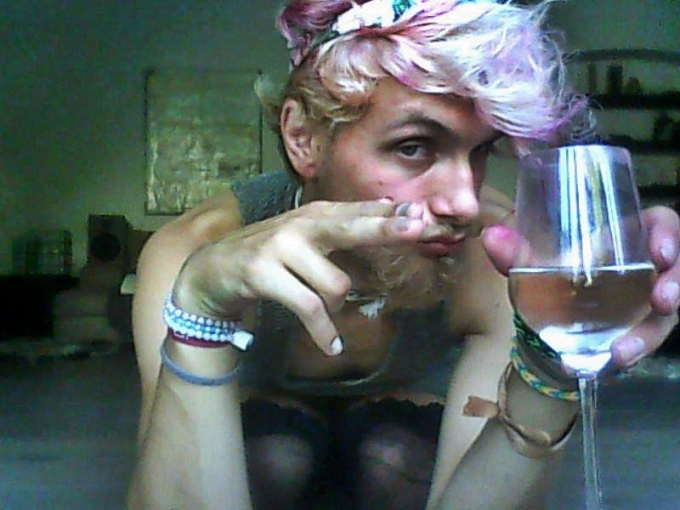 Like his tattoos say: “Too weird do live – to rare to die”.That’s Paul John based in Vienna, Austria. His friends describe him as “a queer entertainer who’s name you’re gonna remember”.

STJEPAN VUDRAG is a Playboy journalist, film and philosophy enthusiast. Writer & a criminal: Never bought a public transportation ticket in his life. LOL

MATIJA VASIC is an IMDB credited actor – small role but still IMDB credited. He is a quiet guy, tired of people saying: ”Omg you look like Kurt Cobain”. He is a professional translator,based in The Hague, NL.

The full music video will be released February 1,2015 to coincide with the release of David Arn’s cd “Walking to Dreamland”

Song from “Traveler Tales” is Seeing the Light of Day